Anise soap just as the name suggests, is a type of aromatic soap that is prepared using the essence of anise. The warm essence of anise lends this soap a very mood enhancing nature. Apart from that, it can also be used to rejuvenate tired skin and mind and to fight tension and anxiety. While such soaps can cost you tons at specialty stores, you can easily prepare these at home within even a very limited budget and that too without running the risk of encountering any hazardous chemicals or preservatives. Prepare these at your leisure and stun your family and friends.

To prepare this aromatic soap at home, you will need some simple ingredients like 3/4th cup tallow, 2 tablespoonfuls of lye, 4 tablespoons of vegetable oil, 1/4th cup of anise seeds, 1/2 cup cold water and 1/4th cup lard. You may have to reach out to chemical stores for getting some of these materials. However; make sure that you keep these things prepared at hand to ease the preparation process.

To prepare the base lard, take the lard and chop it into small cubes with a sharp knife. Take a saucepan and place it on medium heat. Throw the lard cubes into the sauce pan and melt those while stirring at regular intervals to keep the lard from sticking to the pan. Once the lard is completely melted, add the anise seeds and stir those in. Turn down the heat to low and show the mixture to simmer for 30 minutes. Once the time elapses, remove the saucepan from the heat and allow the mixture to harden overnight.

Take the lard mixture the next day and melt it once again. Once the lard melts completely, strain out the anise seeds.

Now melt the tallow and add that to the lard. Finally add the vegetable oil and give a nice stir to the mixture. Set the saucepan aside to allow the mixture to cool down.

To prepare the lye, mix a little lye at a time with the cold water. Be careful not to pour the entire lye at once to prevent any accidents. Stir the mixture constantly while mixing the lye into the water.

Prepare the soap moulds by greasing them with petroleum jelly. Prepare the moulds beforehand because you will need to pour the melted soap into the moulds immediately after melting that, as the soap base gets hardened pretty fast and easily.

Once you are done with preparing the lye, pour it into the saucepan containing the soap fat. Make sure that both the lye and the fat are in a lukewarm state. Mix the lye with the fat thoroughly and continue stirring until the mixture gets saponified.

Once the soap mixture gets saponified, transfer it into the greased soap mould. Set the mould aside to allow the soap to harden. This will take a few hours to happen, so make sure that you don’t hasten the process.

Once the soap mixture hardens into the mould, pop it out and cut the soap brick into small slices like normal hand soaps.

Finally, pack the soaps in brown paper packets to preserve them. You can also use colorful papers or plastics and other decorative items to present these as souvenirs. 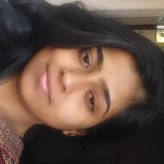