Turmeric milk has been used since the ancient times as a part of traditional medicine to treat a range of illnesses because of proven health benefits of the key component, curcumin, which is present in significant amounts in turmeric. This ingredient has anti-inflammatory, anti-bacterial, anti-viral, anti-fungal and anti-oxidant properties all of which make turmeric a widely recognized herb. Drinking Turmeric milk on a daily basis is known to cure a vast majority of diseases like cold, cough, arthritis, insomnia, migraine, heart problems, skin diseases, Crohn’s disease and depression to name a few. In addition, it’s a great detoxifier for liver and the lymphatic system. The most profound benefit of curcumin has been found to be its efficacy in killing cancer cells during the initial stages of cancer. In some trials, when high doses of curcumin were given to cancer patients along with chemotherapy the number of cancer cells that got destroyed rose.

To derive maximum benefits from turmeric it is recommended to have it in milk. The benefits of turmeric milk manifold when spices are added to it which also lend a wonderful aroma and flavour to it. Since our body is poor at absorbing curcumin into the blood, it becomes necessary to consume it together with black pepper. Black pepper contains a substance called piperine which enhances the absorption of curcumin in the blood . This milk is best had in the night before going to sleep as it’s known to calm our body and mind and gives us sound sleep.

In a pan, add milk and turmeric powder and heat on low flame. Now add freshly crushed black peppercorns, cardamoms, cinnamon into the pan. When the milk starts simmering add freshly grated ginger and let it boil for a minute. Remove from heat and strain this mixture in separate glasses. Stir some honey in the glasses to sweeten the prepared milk. Consume this milk when it’s warm. 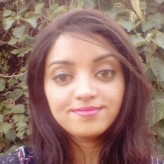 A writer from Palampur