Phlegm – a side effect of colds or similar upper respiratory infections – is not a very serious health condition though it is considered uncomfortable because you have to get rid of it every now and then. You can definitely not hold in the phlegm produced through cough and cold as it tends to irritate the bronchial tubes and in the absence of proper treatment, phlegm can result in another upper respiratory infection. Having to clear the throat frequently, difficulty in breathing, fever, runny nose, cough, weakness, etc. are some of the symptoms of phlegm. Phlegm is a natural response to infection and should be treated right away. Here are some of the best home remedies with expectorant properties to treat phlegm. 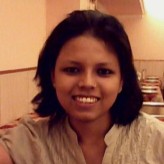 100 Nifty Ways To Use Bananas In Everyday Cooking